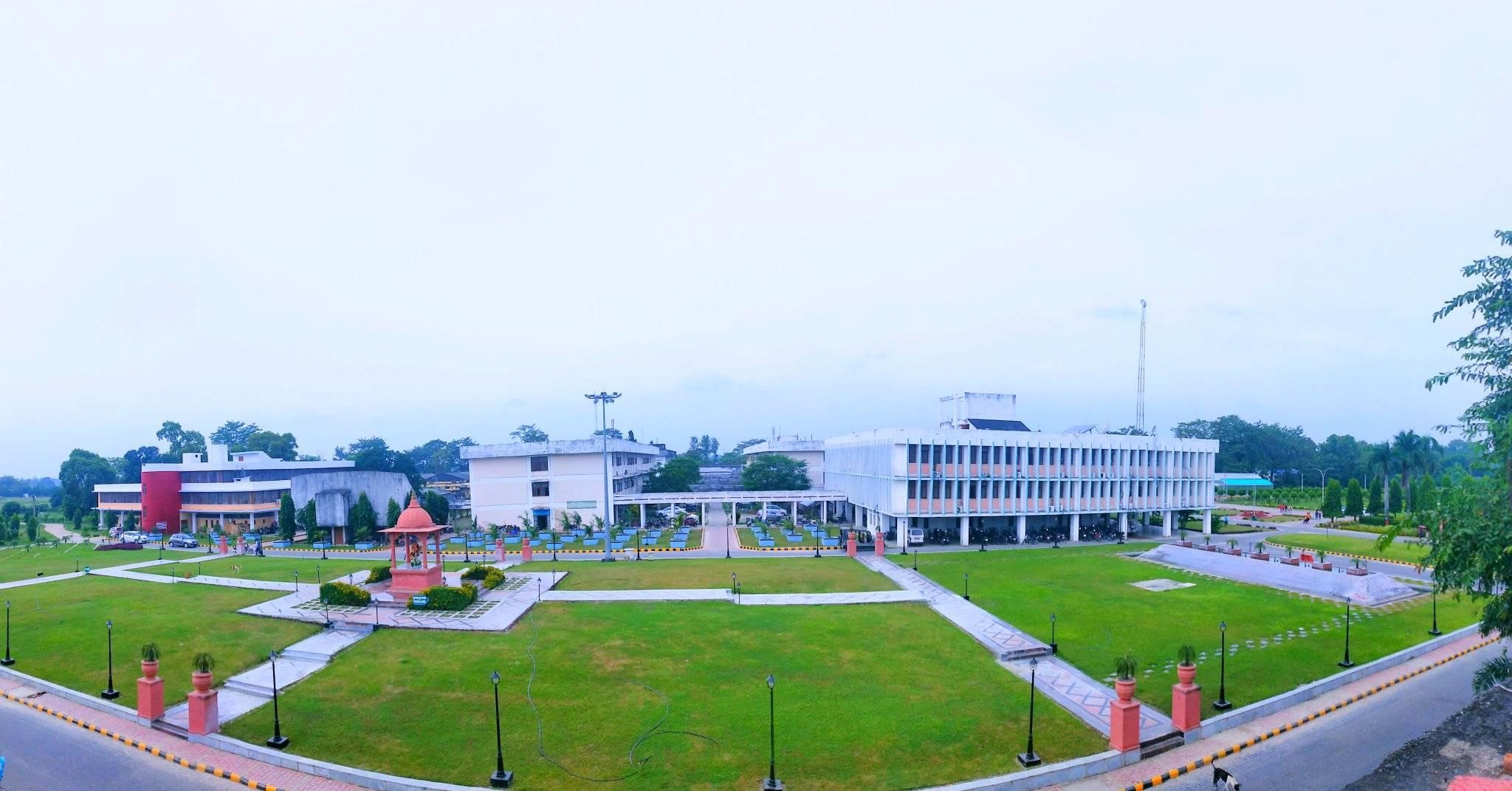 Lord Curzon laid the foundation stone for the Agricultural Research Institute on April 1, 1905. The Viceroy stated in his speech that the seed he planted will soon blossom, transforming Pusa into a hub of agricultural activities, research, and education. Not only would Bihar and Bengal benefit, but the entire country as a whole, attracting the best talent in India and abroad. By 1907-08, this fine-grained edifice had been built, housing Botany, Chemistry, Mycology, Entomology, and a Library. Several renowned England scientists arrived, including an imperial agriculturist and an imperial economic botanist, and there was concern about starting college.

According to the original proposal (1903-Pusa Scheme), the experts were assisted in their teaching by a number of junior teachers, instructors, field overseers, etc. Meanwhile, shortly after Lord Curzon’s departure, and with the active support of the government of India’s educational advisor, the proposal to establish four agricultural colleges in Sabour (Bihar), Nagpur (Central Provinces), Coimbatore (Madras), and Lyallpur (Punjab, now in Pakistan) was approved. This transformed the original concept of undergraduate education in Pusa into a postgraduate studies institute with two-year postgraduate diploma courses in four disciplines and a one-year agriculture programme (later changed to two years).

In 1908-09, the first batch of students admitted for Licentiates in Agriculture (L.Ags) and university graduates in science. In 1907, the educational advisor hoped that Pusa would become a centre of excellence in agricultural research and education, eventually becoming an agricultural university. Surprisingly, his vision was realised a few years later in Pusa with the establishment of the Rajendra Agricultural University (RAU), which began offering undergraduate and postgraduate programmes in a variety of disciplines.

Dr. Albert Howard and his wife Gabrielle worked on wheat and revolutionized the age-old wheat cultivation especially in the large rainfed tracts of Bihar and U.P.S.J.F. Shaw also evolved many varieties in other crops. Some of the best selections of Rice, chilles, tobacco, linseed, mustard, pulses, and vegetables benefited both the planters and the farmers. Research on the taxonomy, ecology and control of insect pests by H.M. Lefroy, T.B. Fletcher and H.S. Pruthi. On plants pathogens by E. J. Butler, W.M. Macrae, M. Mitra and B.B. Mundkur and on bacteriology by W.M. Hutchinson will ever remain as classical accomplishments. A special mention must be made of the monumental contributions of Dr. J.W. leather on manuring of corps, water requirements of plants, drainage studies in Bihar and reclamation of Saline-Alkai Soils.

Ironically, after the devastating Bihar earthquake in January 1934, the Imperial Agricultural Research Institute (IARI) relocated to New Delhi in 1935 and began operations at the end of 1936. Later, the Pusa estate has undergone a series of changes since its purchase by the Government of Bihar with the dawn of independence, and today several institutions are located here, including the sugarcane research institute, which is the major scientific organization at Pusa and one of the largest centers of sugarcane research in the country.

On August 18, 1960, the first chief minister of Bihar, Late Dr. Sri Krishna Singh, laid the foundation stone for Thirut College of Agriculture (TCA), Dholi in the district of Muzaffarpur. After the establishment of Rajendra Agriculture University (RAU) on December 3rd, 1970, TCA, Dholi awards B.Sc. (Ag.) degrees. Degrees were awarded by Bihar University, Muzaffarpur, between 1963 and 1971. The Post Graduate Programme at first existed in the TCA, Dholi during the period of 1974-1979. Later the PG Programme was shifted to Pusa campus of RAU.

Simultaneously, the Faculty of Agriculture was established on December 3rd, 1970. RAU upgraded into Central Agricultural University with effect from October 07th, 2016 as Dr. Rajendra Prasad Central Agricultural University (RPCAU). On August 17th, 2018, the Academic Council of RPCAU, Pusa unanimously recommended approval of the notification of the Post Graduate College of Agriculture (PGCA), RPCAU, Pusa. PG College of Agriculture at Pusa currently consists of ten departments viz. Department of Agronomy, Agril. Economics, Extension Education, Entomology, Forestry, Plant Breeding & Genetics, Plant Pathology & Nematology, Seedsciecne and technology and Soil Science. These departments are imparting education to M.Sc. (Ag.) and   Ph.D. students in different disciplines of Agriculture. Besides, research on different aspects of agriculture and extension activities is being conducted by scientists.  Highly qualified and experienced teaching staff guides the students with a total focus in achieving set targets. Extended academic support by classroom discussion, group discussion, seminars, series tests and examinations are our priorities. The faculty also focuses on strategic and applied research for developing technologies to enhance the productivity and quality of agricultural produce.

For smooth functioning and overall development of the students and as per decision taken in the monthly meeting of Post Graduate College of Agriculture on 07.01.2021, following societies are constituted: