The department has carved a niche for itself through focused research in different spheres of soil science as well as by producing quality human resource through excellent postgraduate with updated and modern courses curricula. The great diversity in the areas of expertise and interests present in the Department leads to diversity in thesis research. Till date about 202 M.Sc. and 57 Ph.D. students have earned degrees and more than 1200 research publications have been made.

Over the years, the trained and accomplished faculty members as well as students in addressing current issues in Soil Science have won several national and international awards. Individual staff members within the department have long been recognized for their leadership role in the Soil Science. To cater the needs of farmers, the soil testing lab is issuing Soil Health Card with crop based nutrient recommendation.

To promote quality teaching in different field of soil science and strengthen the soil science research through multidisciplinary research for efficient utilization of resources for betterment of agriculture.

The Department is actively engaged in the research work on both fundamental and applied aspects. Several projects funded by national/ international agencies have been completed successfully. Following are the projects which are under operation in the department:

National and International Collaborations with other organizations/Institutes:

“Before me is an example that has come from Madhubani in Bihar. Dr. Rajendra Prasad Central Agricultural University in Madhubani and the local Krishi Vigyan Kendra have jointly made a worthy effort. Not only farmers are accruing benefit from this scheme but it has also imparted renewed vigour to the Swachh Bharat Abhiyan. The name of this initiative of the University is – “Sukhet Model”. The purpose of the Sukhet model is to reduce pollution in the villages. Under this model, dung and other household wastes are collected from the farmers of the village and in return the villagers are given money for cooking gas cylinders. The process of making vermicompost from the village’s discarded trash is also underway. Therefore, there are four benefits of the Sukhet model that are directly visible. First, the village is freed from pollution; the second is that the village is freed from filth; the third is that the money for the LPG cylinder goes to the villagers and the fourth is that the farmers of the village get bio- fertilizer. You must give it a thought as to how such efforts can increase the power of our villages. This is the basis of self-reliance. I appeal that every Panchayat of the country should also think of doing something like this in their respective villages.”

Dissemination of Vermicomposting technology: Semi-automated vermicompost technology has been demonstrated in a large scale at Babadham temple of Deoghar and DRPCAU, Samastipur. This low cost technology is most suitable for recycling of domestic kitchen waste, horticultural waste, temple flower offering waste

Dissemination of Vermicomposting technology: Semi-automated vermicompost technology has been demonstrated in a large scale at Babadham temple of Deoghar and DRPCAU, Samastipur. This low cost technology is most suitable for recycling of domestic kitchen waste, horticultural waste, temple flower offering waste

Raising of papaya seedlings under Nylon net (40-60 mesh) and spraying of Acephate 1.5g per litre, 3 days before planting+ spraying of Urea @ 10g/liter + Zinc sulphate @1.5g + Boron @ 1.0g per litre before flower initiation stage was found to significantly suppress the incidence of PRSV at the early stage of plant growth.  The treatment was found to have significant effect on increasing fruit yield (50.8Kg/plant) as compared to untreated control (27.0kg/plant). 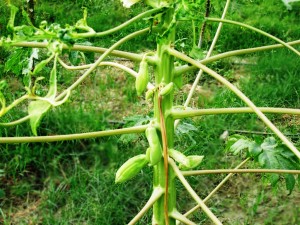 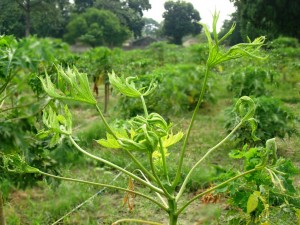 Management of Phytophthora foot and leaf rot of betelvine 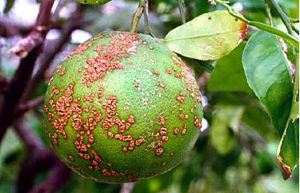 The most effective treatment for management of citrus canker was combined application of Copper oxychloride (CoC) @ 3g per litre+ Streptocycline @ 0.3 g per litre which showed least lesion/leaf i.e.8.20 lesion/leaf. This was followed by spraying of Copper oxychloride (CoC)@3g per litre showing 15.75 lesions per leaf which was statistically at par with treatment of 2% Neem seed kernel extract as spray which exhibited 18.75 lesions per leaf.

The treatment involving disease-free suckers from a disease-free field + dipping in carbendazim (0.2%) for 45 minutes followed by carbendazim drenching (0.2%) and carbendazim injection @ 3 ml of 2% solution during the 3rd, 5th and 7th month after planting (MAP) was found to be effective (wilt incidence of 6% as against 80.33% in control) in reducing wilt incidence.However, bio-control agents i.e. Trichoderma viride (@ 10g/sucker three times) used as soil application also found highly effective and causes marked suppression of Panama wilt so may be included in integrated crop management (ICM)/ integrated diseases management (IDM) schedule in strict organic system. 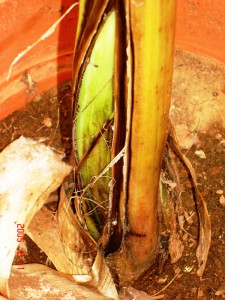 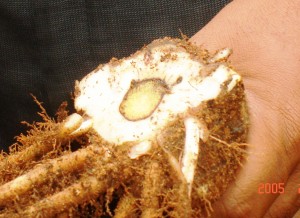 Management of Crown Gall of Corriander 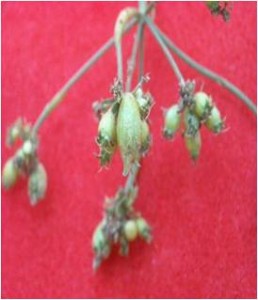 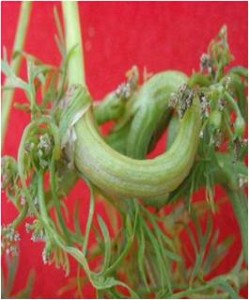 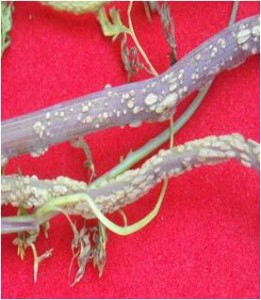 Management of Alternaria blight of mustard 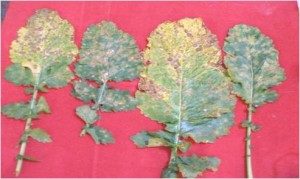 Seed treatment with Propiconazole @ 0.1% followed by its foliar spray @0.1% at flower initiation stage can be recommended to manage Alternaria blight (Alternaria brassicae) disease of mustard.