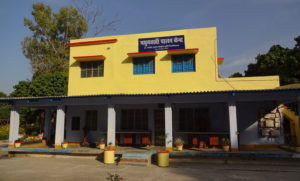 The tradition of beekeeping in Bihar is very old and it was in practice with Apis cerana, which were kept in earthen pots. The beekeeping was flourishing well in Bihar, however, there was a setback to beekeeping industry in the 1980s due to disease caused by TSBV (Thaisac brood virus). In 1987-88 Apis mellifera bees were introduced in Bihar with 15 colonies by the All India Coordinated Research Project on Honey bee, DRPCAU, Bihar, Pusa centre. The bees adopted themselves quiet well in different agro climatic conditions prevailing in the state.

The litchi honey produced in Bihar has better taste, colour and flavour than the honey produced in other states due to variation in ecological conditions. Litchi honey is very popular and has high demand nationally and internationally. This region has three to four honey flow season (Litchi, Mustard, Mix honey of Mung, Till, Jamun and Drumstick) compared to one or two in other states. There is a vast area of litchi orchards in the state and more than four varieties of litchi are found extending the flowering period for about a 20-25 days to a month.

Bihar is located in the eastern part of the country and has and has the advantage of rich flora and ecological conditions for beekeeping and has high potential for beekeeping and production of beehive products. The weather conditions prevailing in the state are more conducive for beekeeping as the favourable temperature (25-35oC) prevail throughout the year except during the months of May – June and December-January, for few weeks. The adverse weather conditions are easily overcome by proper management of colonies. Though, Apis mellifera unlike Apis cerana is free from any dreaded diseases the colonies suffer from the attack of wax moths, wasps, mites and ants but beekeepers adopt successfully preventive control measures to check the loss of colonies from natural enemies.

Training on beekeeping is imparted regularly by the centre. This enterprise has attracted the majority of the population who are landless, low or marginal farmers and unemployed youths in the state. Low input and quick and high returns are the added advantage of beekeeping.

Consistent and continuous effects of this centre coupled with innovative nature of the beekeepers for adoption of modern technology, mellifera beekeeping was popularized in short span of time. Beekeeping research, training and honey festivals boosted the adoption of beekeeping.

Mandate of the Centre

The centre is working on the following mandates: 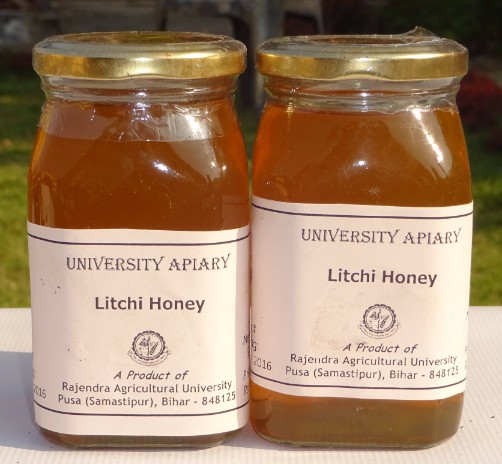 Migratory routes for beekeeping in Bihar.

Like other living organisms, honeybees also suffer from pests and diseases. So, it is of paramount importance that the beekeepers should be aware of these limiting factors and can well protect colonies to get maximum benefit from beekeeping venture. The pests and diseases of honeybee identified in Bihar are listed below: 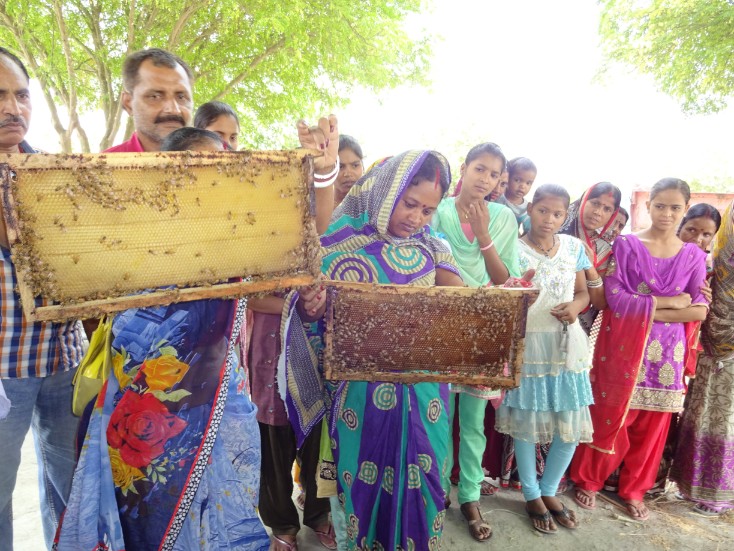 Honey bee Festival: Honey festival is organized by the centre, every year to have discussion on the problems of the beekeeper and promotion of beekeeping activities. The table below indicates the popularity of this even among the farmers and beekeepers.

Facilities Available at the centre

Ideal Apiary: An state of the art apiary with more than 150 Apis mellifera bee hives are maintained for teaching, research & extension purposes.

Honey: The centre produces four different types of honey viz., Litchi, Jamun, Multiflora and Mustard which is available for sale from the centre

Beekeeping Laboratory: A modern beekeeping laboratory is available for research.

Training hall: A training hall of 100 people capacity and furnished with all the modern gadgets for organizing the training programme.

Conference Room: A conference room of 30 person capacity with audio-visual aids is available.

For boosting the rural development through beekeeping, Integrated Bee Keeping Development Centre (IDBC) has been established at KVK, Piprakothi, East Champaran (Bihar) with the financial assistance from National Bee Board, New Delhi. The centre was inaugurated by the Hon’ble Union Minister of Agriculture & Farmers’ Welfare, Govt. of India, Sri Radha Mohan Singh Jee on 17th July, 2016.

Modern facilities of bee breeding for mass multiplication of quality honey bee colonies have been created at the centre. The IBDC will provide Training and Technical Assistance to stakeholders, facilitate availability of quality beekeeping equipments and monitor for quality honey production. The setting up of IBDC will serve the purpose of overall development/ promotion of scientific beekeeping in the region. The following units / centers have been developed in the IBDC: